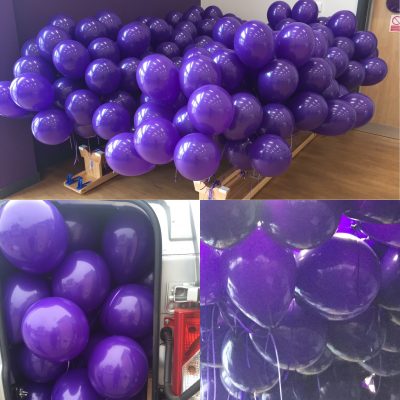 There were also representatives from Kent County Council, plus pupils’ parents.

Principal Vicky Averre said: ” It was a wonderful occasion, one the children will remember for years to come. It was a vert proud day for me. So many people, parents and guests, have thanked me and praised the academy and the children for their conduct and singing performances.”

250 Purple balloons were released by the children who had penned messages to the sting.